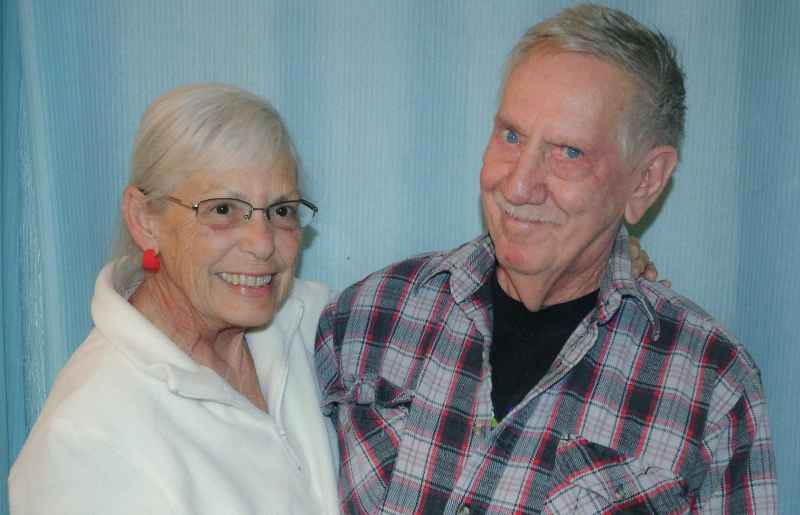 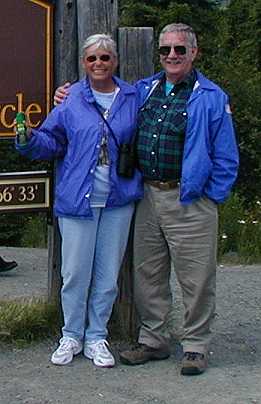 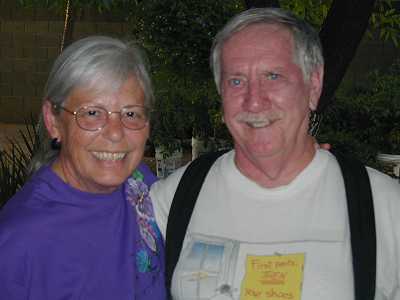 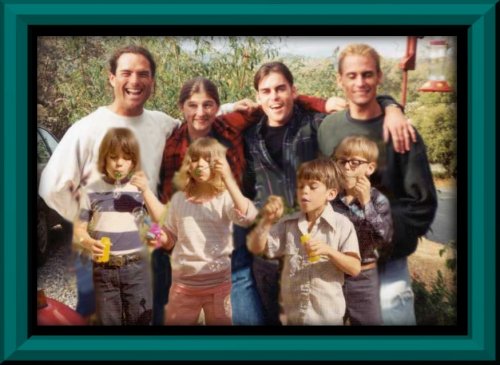 Lisa superimposed a photo taken in 1975
onto one taken in October 1998.

In order of their ages, eldest first: 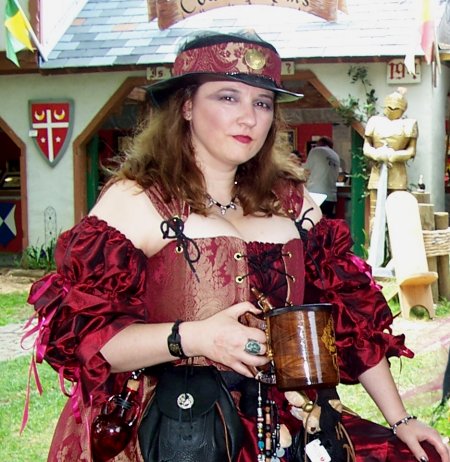 Lisa, AKA Shahara, Blackbeard's Daughter,
captain of her ship 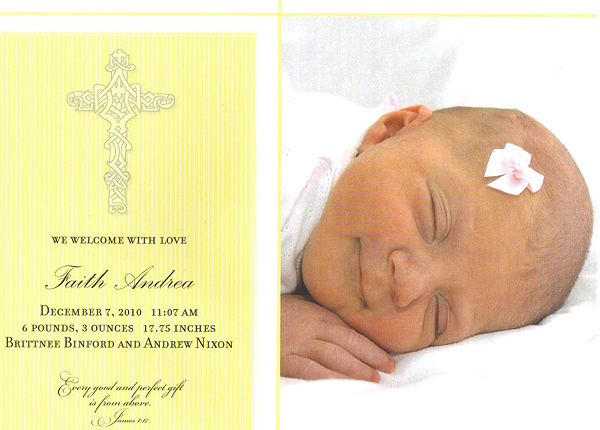 Faith with her parents, Brittnee & Andy

Faith with her granddad

Faith, disappointed in having to wait for a meal 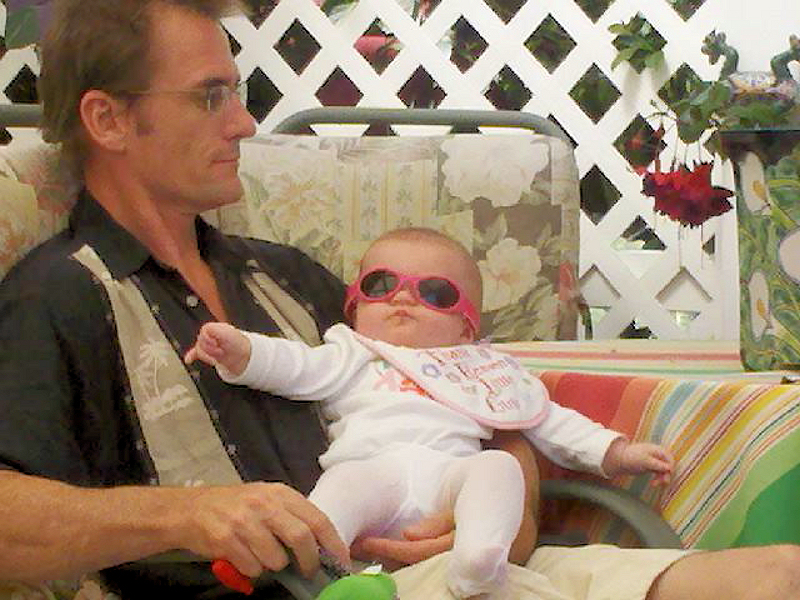 Matt McCarty, our honorary grandson as of Christmas 2010.  Photo on left is with Baby Faith.
Photo on right is coming home from school to greet us.

Photo on left is Matt doing a Tae Kwan Do kick.  Photo on right is his pink Tshirt, self-explanatory.

Matt on his favorite possession, his bike

Jay's sons:  Sean, age 7, and Frankie, age 1—at the time of their father's death 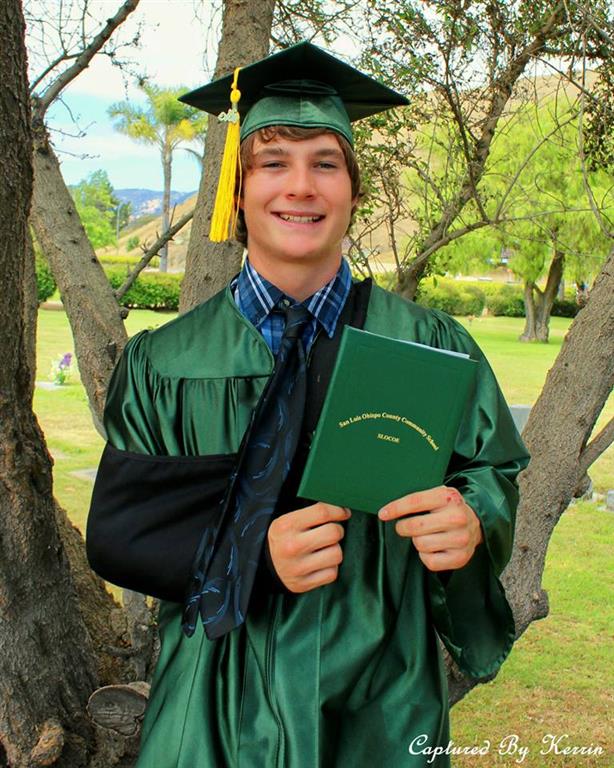 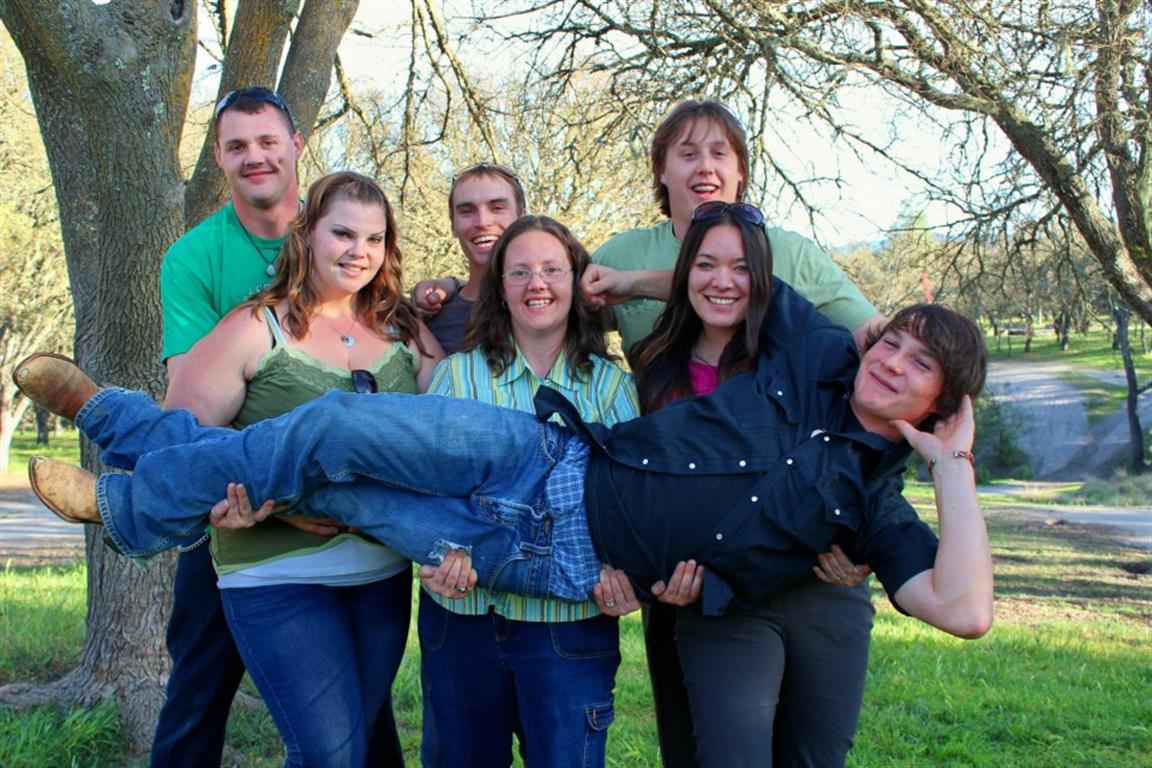 Patches and her new sister, Zeta

Only one left standing:
Hubert Klamm,
my stepfather, who lives in Amarillo, TX 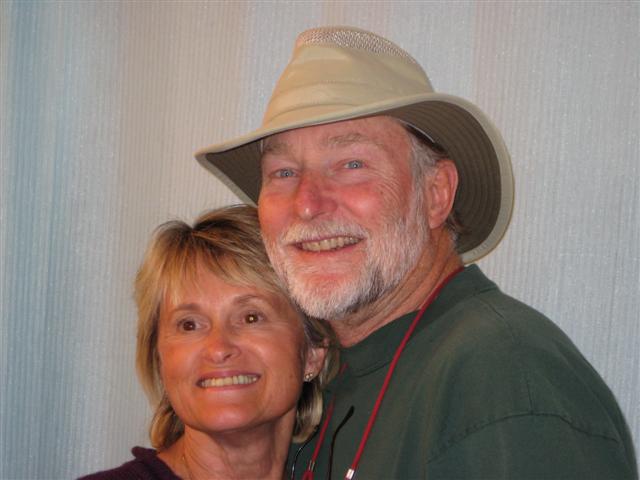 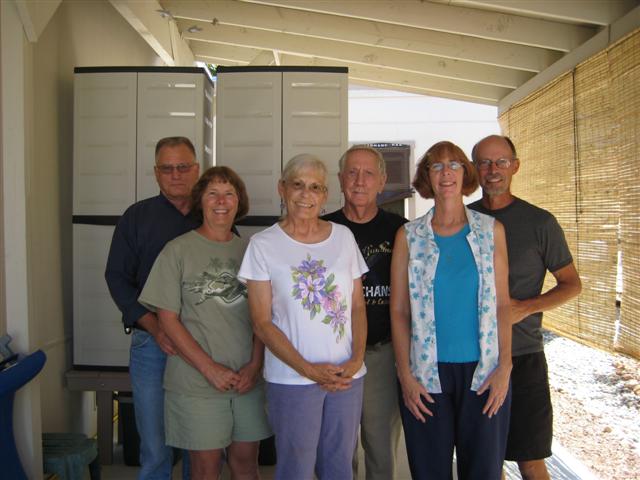 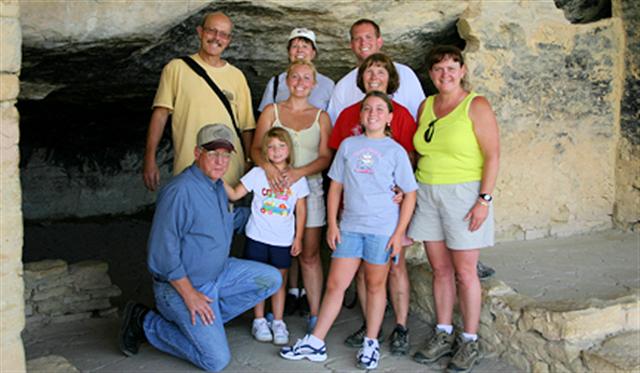 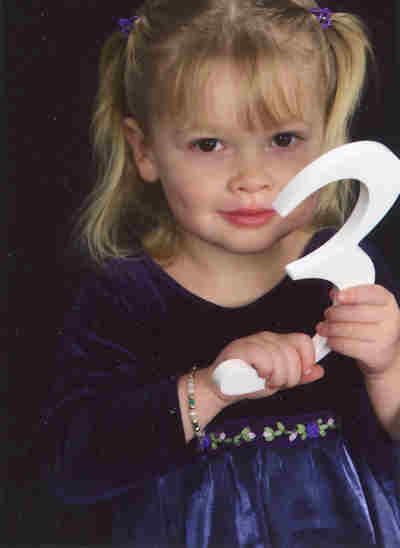 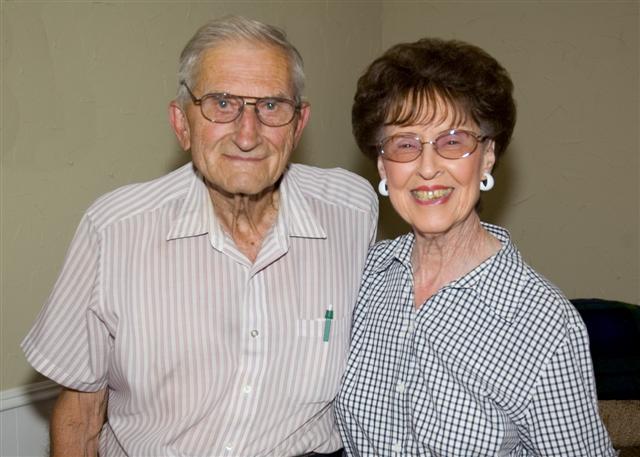 Hubert and Irene, celebrating their birthdays

Brother Steve with his son Troy, and Troy's son August and daughter Lanta

The kids together, all but Tamy 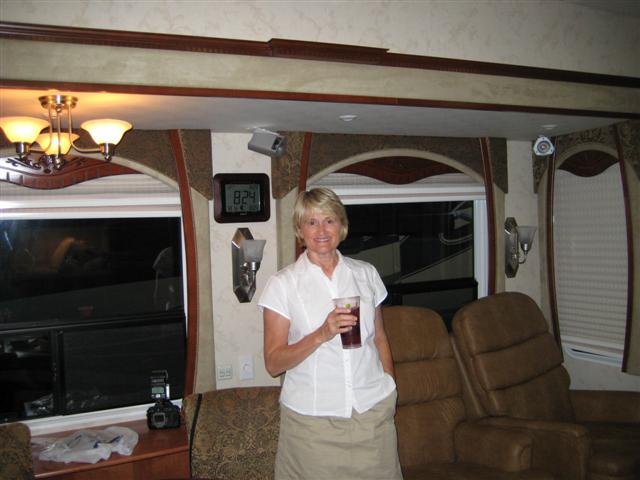 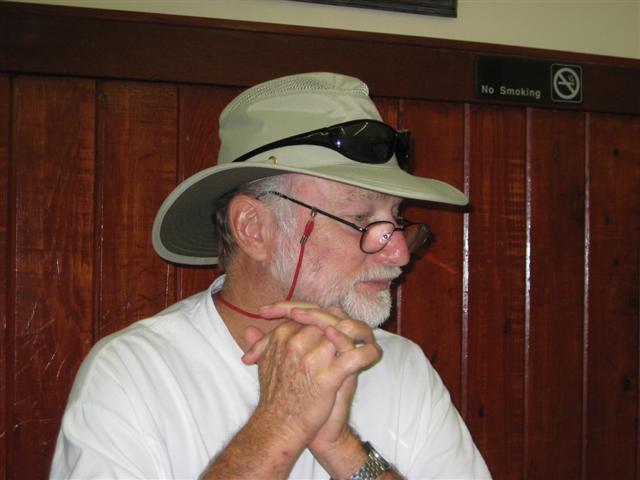 Jeanie's husband Tom, in a rare shot without a camera covering his face 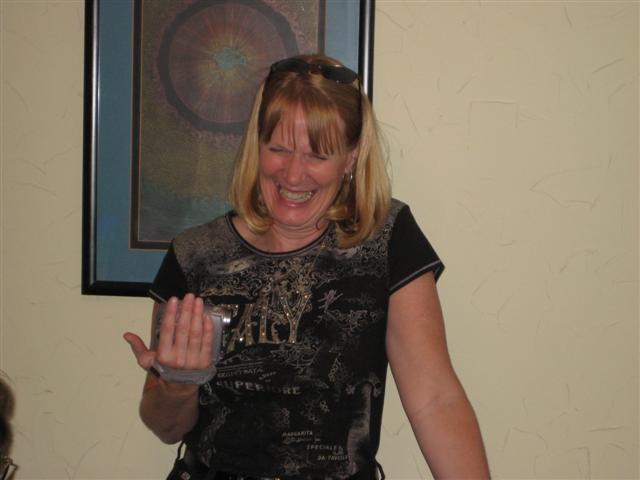 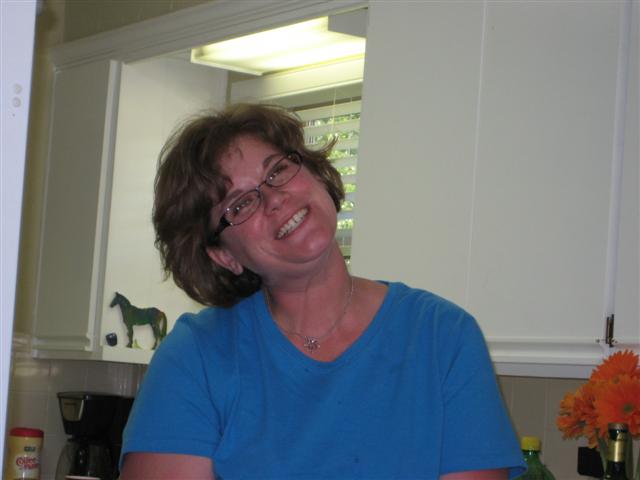 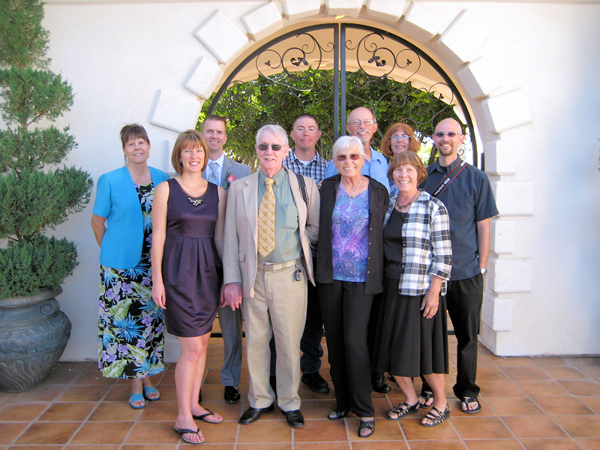 A very good friend, Mary Ann, surprised me with a memorial brick
in this gazebo in Gardnerville, NV: 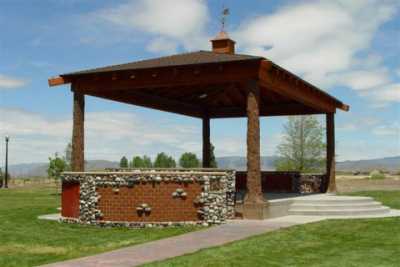 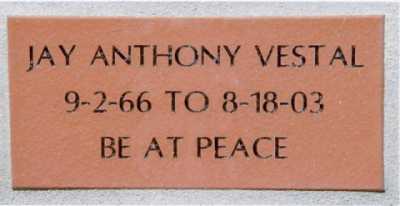 Jay's father, Bill Vestal, died four months later on December 12, 2003, at the age of 67.
On the morning of his death, I photographed a magnificent sunrise,
and daughter Lisa made this collage: 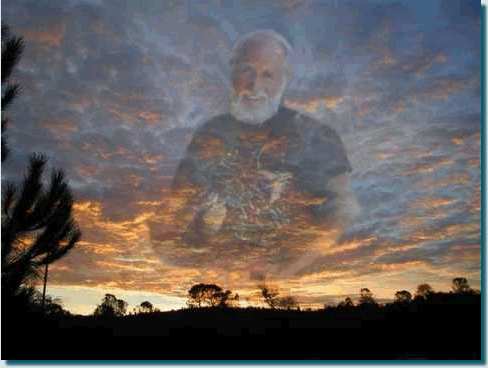