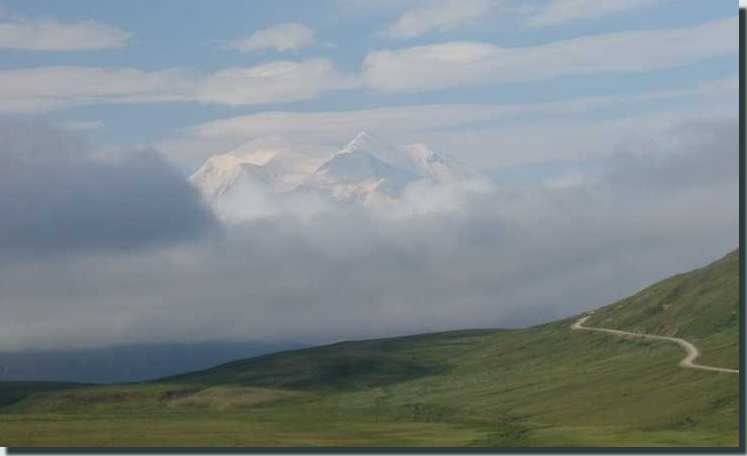 Sunset at dinner on the Alaskan Ferry, Inside Passage 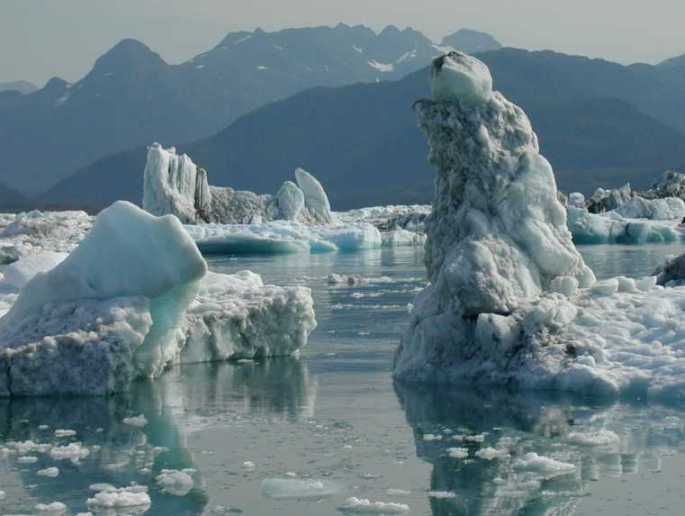 Icebergs from the Columbia Glacier, seen on Valdez boat trip

Dangerously narrow part of the Inside Passage,  where the captain earns his pay 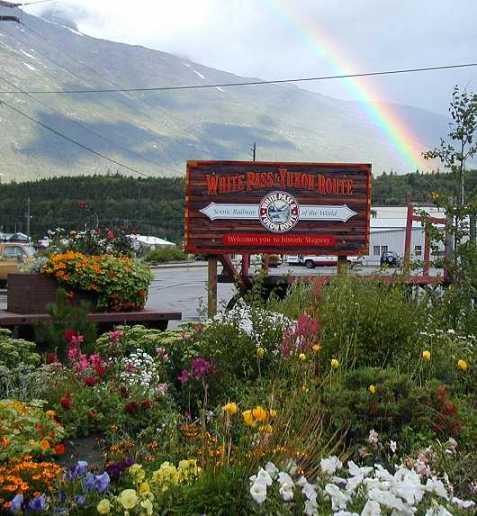 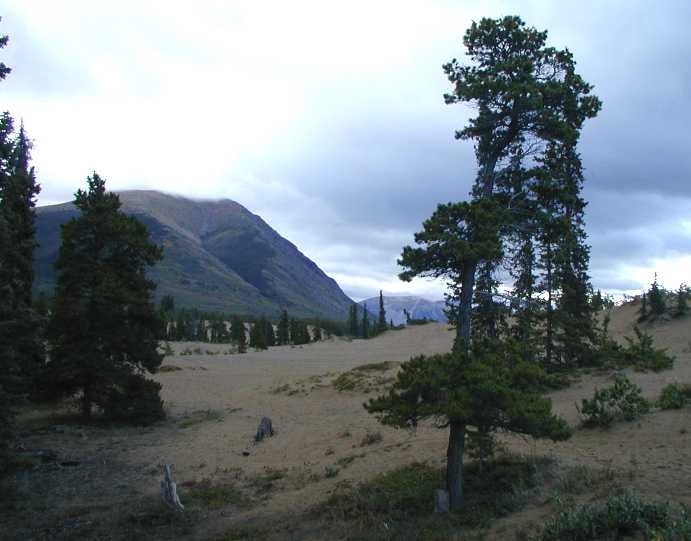 Valdez Harbor from our campsite 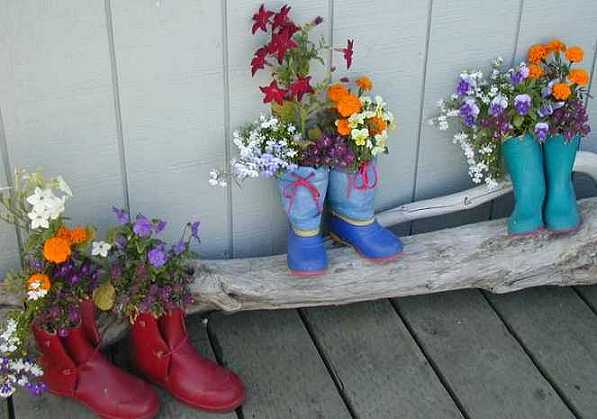 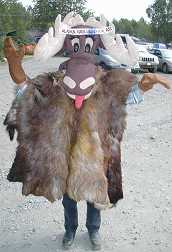 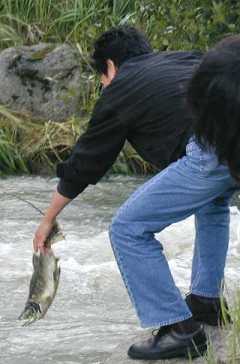 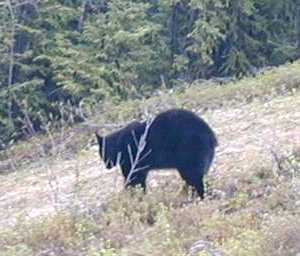 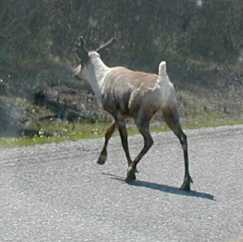 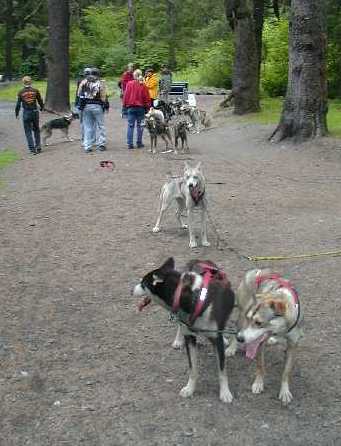 Ididaride
Summer tourist rides help pay for expensive feed for sled dogs.
It was an exciting 2-mile trip. The dogs love to run, and these guys were
really impatient waiting for all 16 to get hitched up to the wheeled sled I rode on (below). 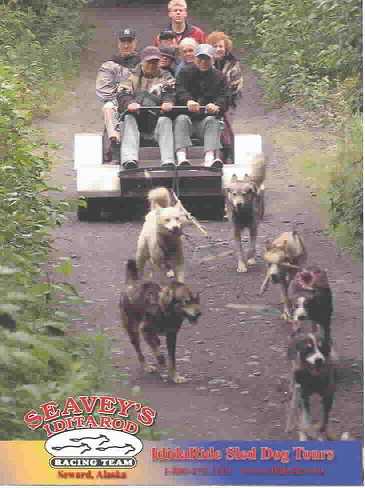 I thought some of the dogs had hip problems, so I asked about it.
Turns out that they have to dig in sideways for pulling strength.
There are seven folks on this wheeled sled, not counting the musher,
and the sled itself is very heavy. 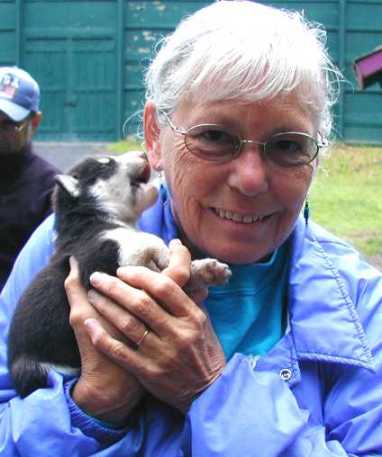 Me with future sled dog 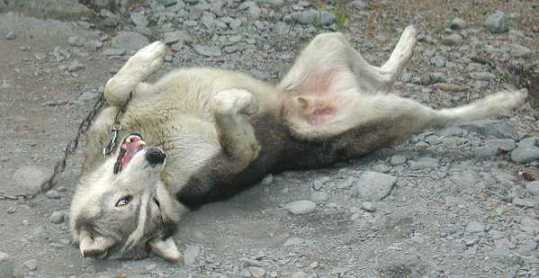 Sled dogs are much smaller and friendlier than I'd imagined

These dogs live in round houses and are chained when not exercising.
You can understand why they love to run! 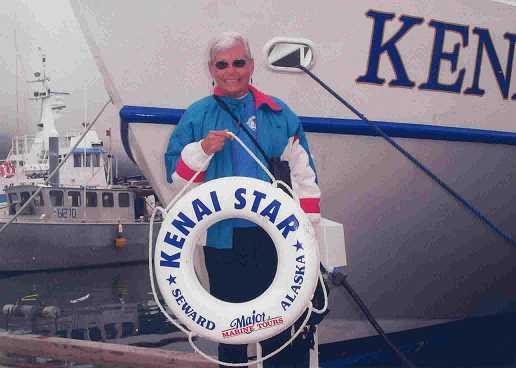 One of several boat trips I took. This one went from Seward.